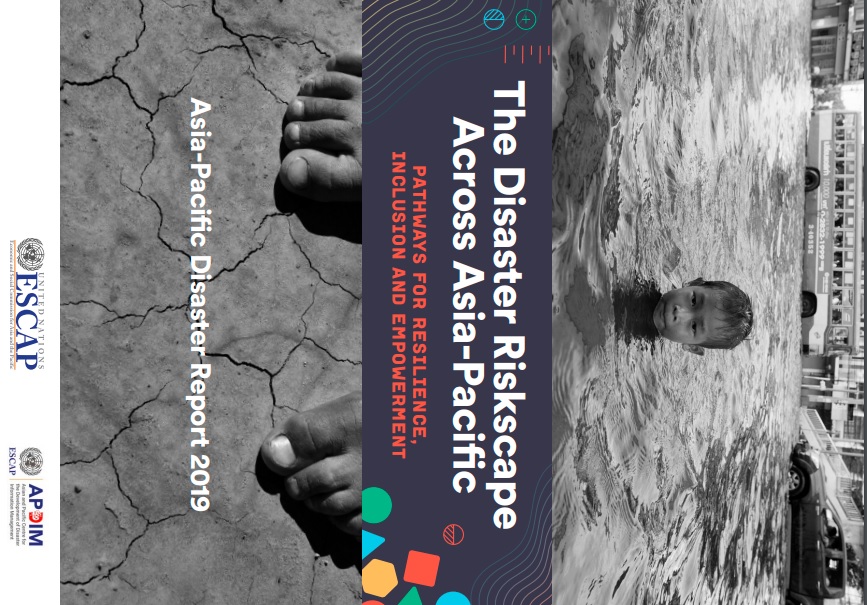 Sources: Economic and Social Commission for Asia and the Pacific; Asian and Pacific Centre for the Development of Disaster Information Management

The Asia-Pacific region faces a daunting spectrum of natural hazards. Indeed, many countries could be reaching a tipping point beyond which disaster risk, fuelled by climate change, exceeds their capacity to respond. This Asia-Pacific Disaster Report 2019 shows how these disasters are closely linked to inequality and poverty, each feeding on the other and leading to a vicious downward cycle. It assesses the scale of losses across the disaster ‘riskscape’ and estimates the amounts that countries would need to invest to outpace the growth of disaster risk. It shows the negative effects of disasters on economies in the region and where investments are more likely to make the biggest difference. While this will require significant additional finance, the report shows the amounts are small compared to the amounts that countries in the region are currently losing due to disasters. The report demonstrates how countries can maximize the impacts of their investments by implementing a comprehensive portfolio of sectoral investments and policies that jointly address poverty, inequality and disaster risk. It showcases examples from the region of innovative pro‑poor disaster risk reduction measures and risk-informed social policies that are breaking the links between poverty, inequality and disasters. Similarly, it explores how emerging technologies such as big data and digital identities can be used to ensure the poorest and most vulnerable groups are included in these policy interventions. Ultimately, the report argues that countries will have to invest more in the measures appropriate to their own circumstances, but that they should also work more closely together to unlock the potential of regional cooperation. Following the release of the report at the Sixth session of the Committee on Disaster Risk Reduction in Bangkok in August 2019, the report was customized for each of the five ESCAP subregions, namely East and North-East Asia, North and Central Asia (English, Russian), South-East Asia, South and South-West Asia and the Pacific to support policy discussions at the subregional level. Earlier drafts of these publications served as background documents of the subregional preparatory meetings for the Seventh Asia-Pacific Forum on Sustainable Development held in Apia, Bangkok, Dhaka, and Vladivostok. Invaluable feedback from the participants was incorporated when finalizing the publications.

More in this series