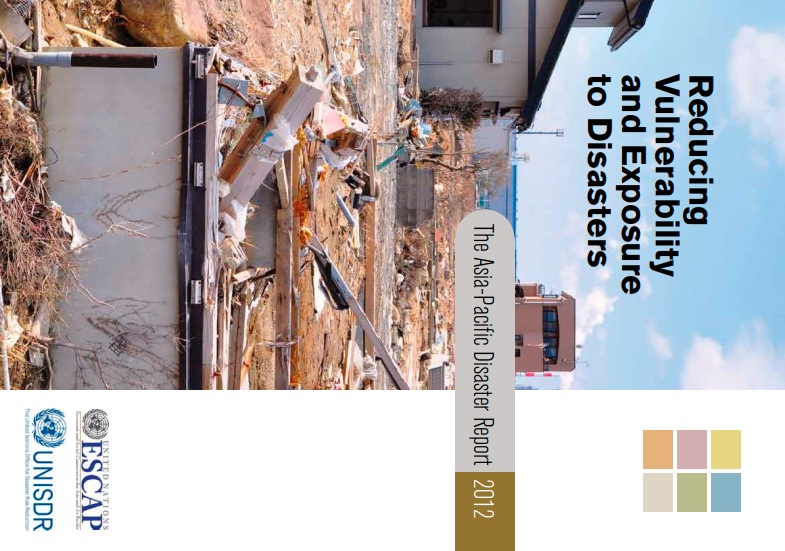 The ESCAP/UNISDR Asia-Pacific Disaster Report 2012, Reducing Vulnerability and Exposure to Disasters provides an analysis of the impact of disasters on Asian and Pacific countries between 1970 to 2011, and discusses the twin challenge faced by the region of increasing exposure of its people and economic assets, and heightened vulnerabilities experienced by the poor and other disadvantaged groups to disasters. Pressures resulting from rapid urban development and economic growth has resulted in people and economic activities expanding into increasingly exposed and hazard-prone land. It also highlights that smaller economies, those that have less diversified economic structures, and countries with high fiscal deficits, show greater strains of vulnerability even when faced with relatively small-scale disasters. The Report discusses how the poor or most vulnerable are often at risk, as they are increasingly forced to live in fragile or hazardous areas. Several recommendations are made on how to reduce this growing exposure and vulnerability including the need to strengthen the socio-economic evidence base for more informed policy making and enhanced integration of disaster risk reduction into broader development issues, a minimum level of universal social protection and improved land use planning.

More in this series